Home » Reviews » Cameo Reviews: Is All That Glitters Really Gold On This Celebrity Platform? 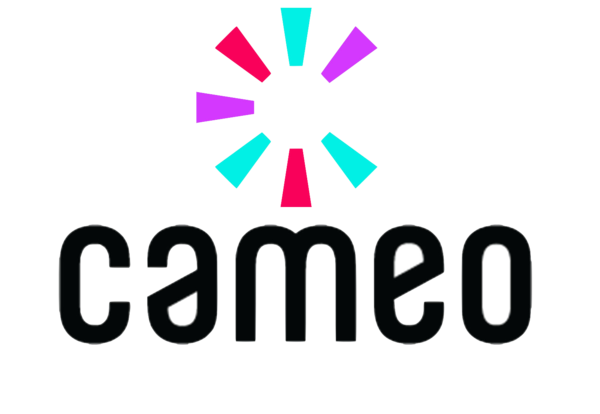 If you’re a celebrity, an influencer, or any other online personality with a substantial following, the website Cameo (www.Cameo.com) might be on your radar. The site, and its sibling iOS app, entered the public sphere by facilitating well-known talent in selling short pre-recorded video clips to the public, based around a message of the customer’s choosing. The company behind this novel venture are having an interesting year, with record sales, media attention, and a dose of scandal already in their wake. The big question is – for talent such as yourself – does Cameo offer a great partnership for building your personal brand? Or, is the surging Cameo wave about to crest and recede? We dug through everything we could find online, including user and talent reviews, to shed some light on the issue!

What Is Cameo, And What Is A Cameo Video?

Users of Cameo can search through thousands of celebs, influencers, musicians, and more, to find personalities that grab their interest. From there, they can buy a video clip, with the chance to give instructions – limited to 250 characters. Customers might want to ask their favourite childhood TV star to record a birthday message for a friend, or their favourite athlete to record a congratulations message for their kid getting into college. There are additional features available too. Users can DM Cameo talent, but they have to pay for the privilege. At time of writing, Cameo are also in the process of rolling out promotional videos (commercially angled, as opposed to messages for loved ones) and ten minute premium zoom calls.

Now, you might well have stumbled onto this page having typed something like “What is Cameo App?” into your Google search bar. This may be because the user experience between the website, and the iOS mobile app is pretty different! Customer on the website can purchase their talent video using a credit card. However, users of the app need to buy credit bundles, under a totally different payment process. From there, they can buy videos, DMs, and so forth, using the credit in their Cameo account. It’s worth being forewarned that Cameo don’t do refunds when it comes to Cameo credit, so once you’ve bought those bad boys, you’re financially committed to the platform, whether you get the video or experience you were hoping for, or not. It’s also wise to pay attention to the fact that the Cameo app is only available to those inside the United States, so personalities with a more international following may find their fan base sorely disappointed.

For Talent, How Does Cameo Work?

Anyone can apply to be talent on Cameo, although they don’t illuminate exactly what their acceptance criteria is. They do ask for stats on your online followers, so we imagine its safe to imagine that only those with a substantial online presence will be likely to get accepted. Once you’re in, you can choose how much you want to charge for your Cameo videos and services. Price ranges on the site ask customers to part with anything from the price of a mocha latte for a Cameo video, right through to a staggering $10,000 for a 10 minute zoom call with Jeremy Piven!

Once users pay for their request, talent has seven days to deliver on the order. If, for any reason, the talent doesn’t come up with the goods, the user is supposed to be issued a refund. Although, as noted above, app users have to make do with washing down their disappointment with Cameo credit alone. Speaking of cash, you are likely wondering – as a seller on the platform – how much does Cameo cost you? Well, Cameo currently charge a flat rate of 25% to their talent. From there, celebrity or otherwise, you’ll be subject to customer reviews, and will have to do the Cameo hustle if you want to increase your sales!

Who is on Cameo?

Cameo’s talent is divided into several categories, each with further sub-categories.

Celebrities on the site include Actors, Reality TV, Athletes, Musicians, Comedians, and Creators. Familiar faces such as Charlie Sheen, Caitlyn Jenner, and Flavor Flav top off the list, while an array of smaller-scale celebrities, YouTube stars, and so on, round out the platform’s numbers. Cameo investor Snoop Dogg can be found there too, and has certainly added some allure to the site’s reputation. Those browsing the site, for now at least, will probably notice that the newer features are being trialled with some of the platform’s more valuable names, and aren’t available in all cases.

Cameo was created in 2016 by Steven Galanis, Martin Blencowe, and Devon Spinnler Townsend. The business is based out of Chicago, Illanois, although it also has offices in Los Angeles and has set its sights on London. Scamadviser gives the site a trust rating of 100%, so all seems legit in terms of basic credentials. However, those considering placing themselves on the platform should take into account the security leak that made headlines in the earlier part of 2020.

Vice reported that Cameo had left private videos and user data open to hackers, following an investigation by Motherboard. For legal reasons, the researchers didn’t see how far they could go with their infiltration demonstration, but they highlighted that they were able to download data from a backed up user database, as well as private videos, and even talent contact information. Reportedly, they were able to obtain the private email address of rapper Ice-T. For those carefully working to cultivate a personal brand, the possibility of data breaches might be a real turn-off.

From what we could see online, Cameo reviews are a fairly mixed bag, both on the user and talent ends of the scale. Producthunt.com gave the platform an overall score of 3.4 out of 5, with notable reviewer gripes describing issues for users who were trying to obtain a refund after not getting the video they’d ordered. Cameo reviews on AppGrooves provide an impressive overall rating of 4.7 out of 5, although we noticed that the most recent reviews seem to have taken a nose dive.

Here, reviewers of the talent variety described ongoing technical issues with the website, and described poor support from the Cameo team. Users, on the other hand, highlighted problems with the payment system and, once again, difficulty in getting their refund if their video wasn’t received. Broader criticisms included the limitations of the site’s search tools, and frustration for those waiting on orders who had to pay to DM their talent of choice to check on the status of their order. Of course, as is always the case with reviews, info must be taken with a pinch of salt as the reviewer’s motives are unknown.

An Alternative For Celebrities And Influencers

If you are a celebrity, influencer, YouTuber, or track star – or personality of any other kind – who wants to offer something personal and unique for your fans, but isn’t too keen on the idea of Cameo, Premium.Chat offers the perfect alternative. Rather than placing yourself on a huge site, jostling for position between lots of other famous faces, Premium.Chat allows you to offer premium text based and video chat to your loyal followers, your way. Once you’ve signed up, you can create a free-standing profile page, that you can use as a landing page for your fans. Alternatively, you can create customized chat widgets to embed right into your own website, for a truly professional polish! Signing up for Premium.Chat is free, and so are all of its features – the only fee is a percentage of your secured sales, so you’re always in profit. We handle all payments on your behalf, and provide user-friendly analytics, not to mention reliable monthly payouts! Premium.Chat is totally web based, so there’s no need to download or install anything for you or your customers. It works on any device, you so can earn money from the comfort of home, or on your smartphone while you’re out and about. You can set your own rates, and choose the hours when you want to be available – in fact, you can even automate them if you want to! There are no set criteria to meet to get started with Premium.Chat – the platform was built to allow those with entrepreneurial spirit to create online revenue using their own brand model. Our goal is to help you monetize your relationship with your fans, rather than drawing users onto a platform with others who might steal your limelight! If your curiosity is piqued, learn more about Premium.Chat, check out the FAQs, or simply sign up and experiment… we suspect that your loyal following can’t wait to chat with you

Start Earning today with Premium.Chat – Setup your account in 3 minutes or less! 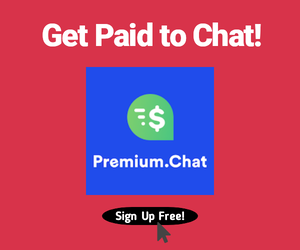 Get Your Paid Chat Widget Setup in 3 Minutes, and Start Earning Money Immediately - with no setup costs, or monthly fees!